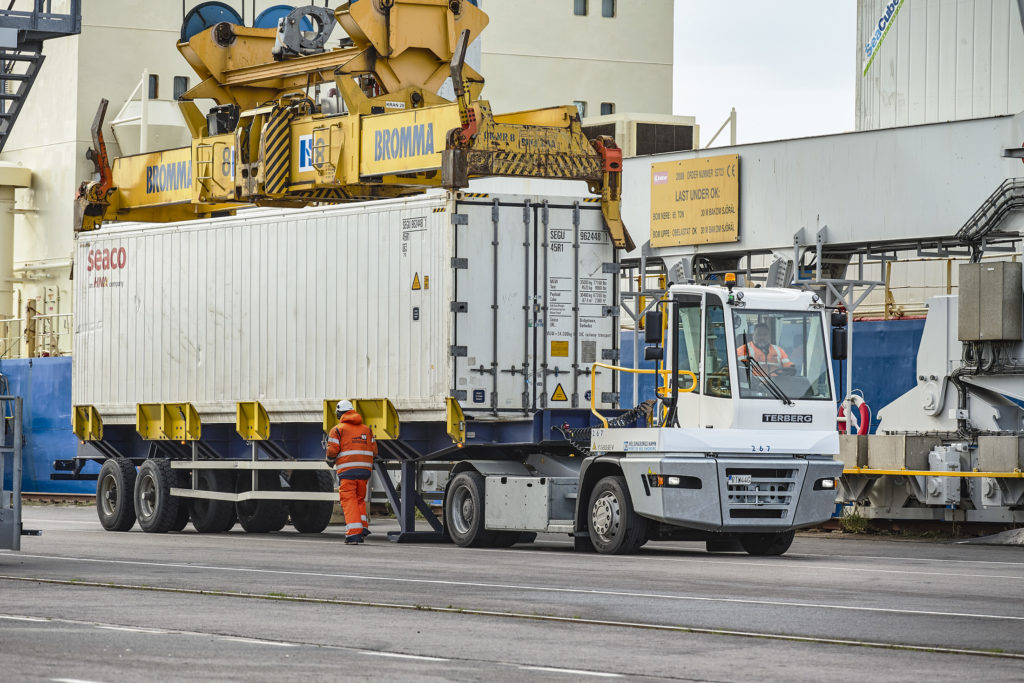 The Port of Helsingborg is working hard to become a fossil-free port and strengthen its position as Sweden’s most sustainable port.
Four YT203EV terminal tractors started operation at the end of 2021. The entire fleet will be electric in the near future.

Their fleet of 25 passenger cars is electric, the giant dockside cranes are electric, and at the end of 2021 four new electric Terberg terminal tractors started operation. All these efforts are to reduce greenhouse gas emissions. 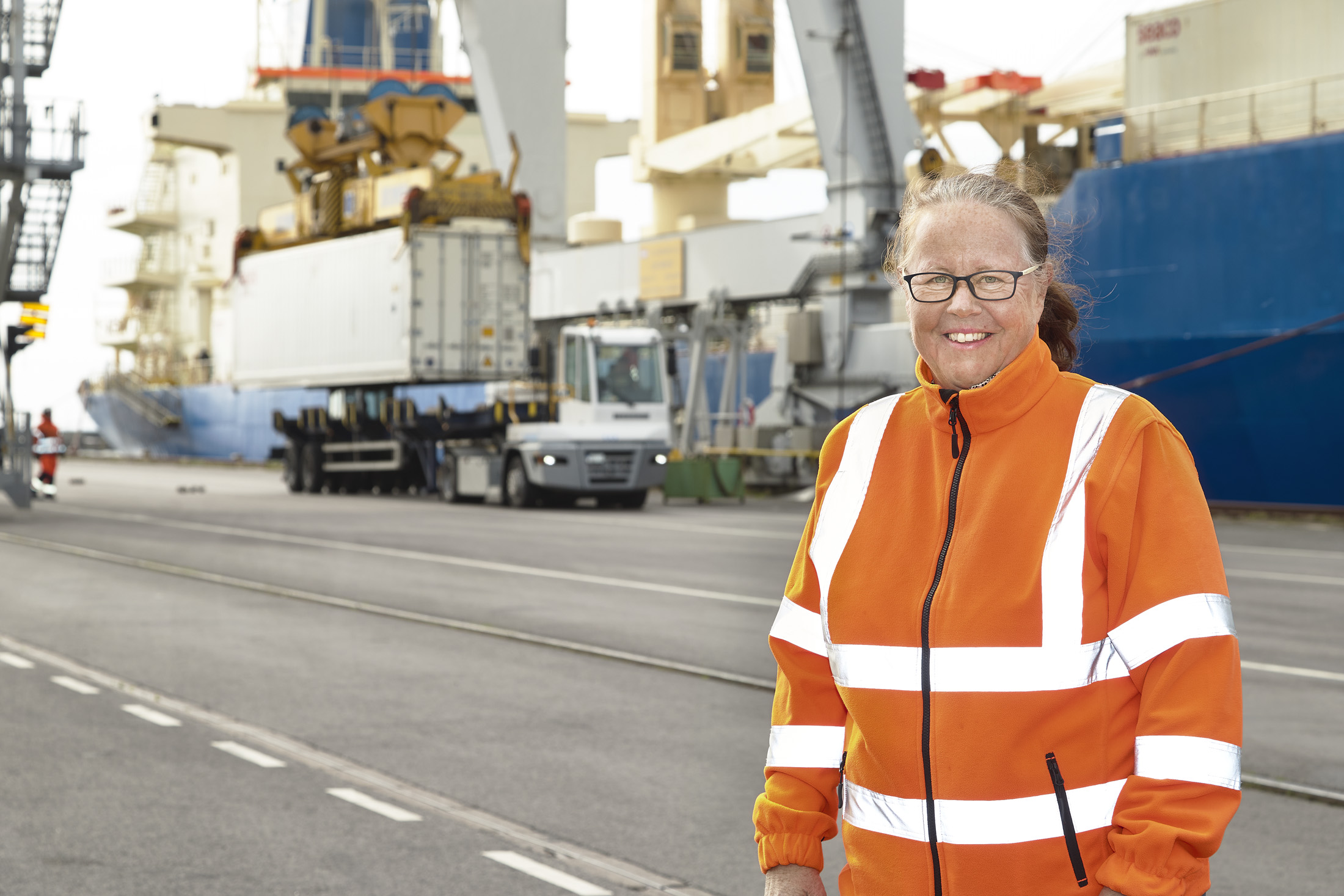 Image courtesy of Terberg: Technical Manager Christina Argelius from the Port of Helsingborg. 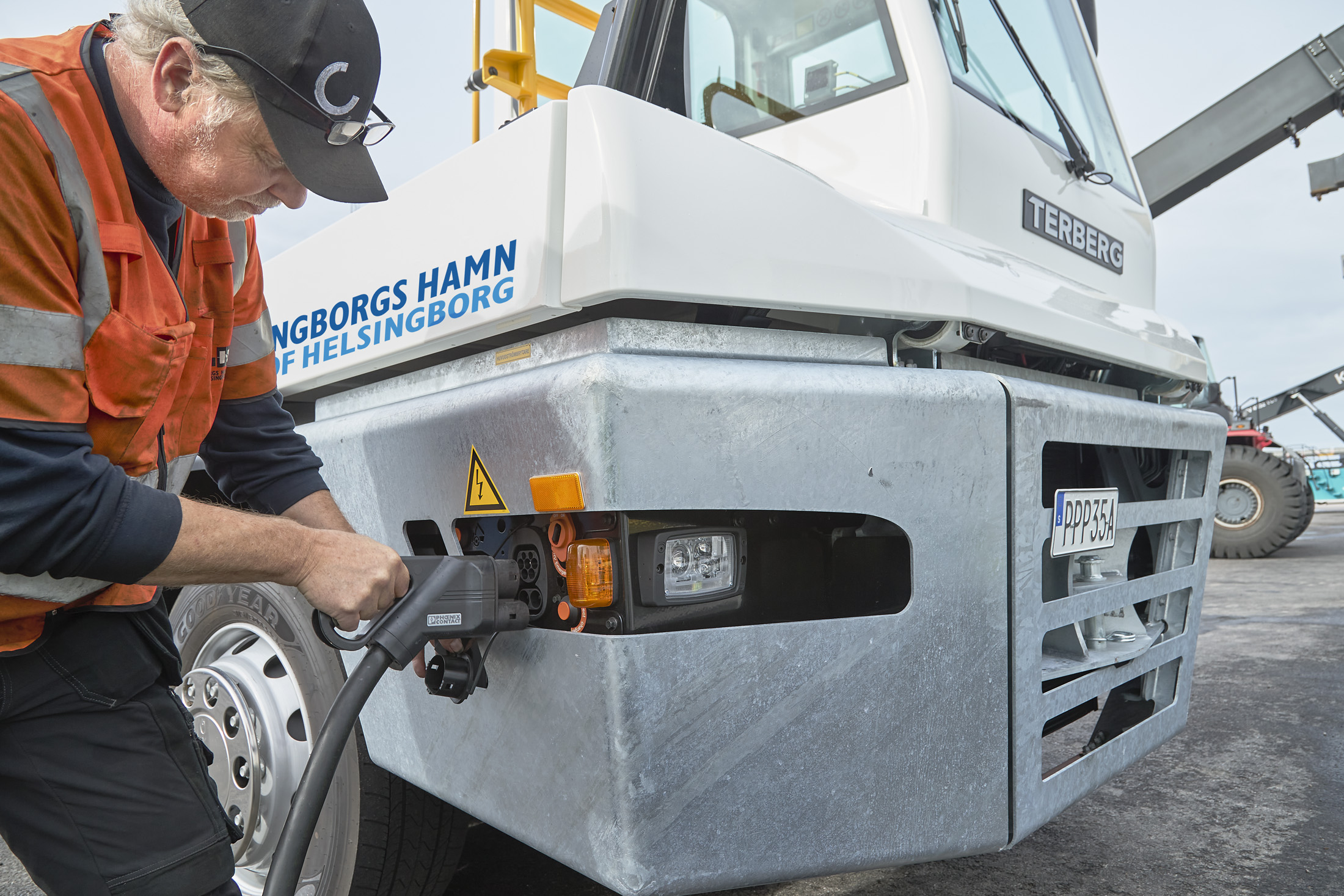