Have a look at this old British crane with a variable position counterweight on rails, recently spotted by our team at Bibiani in Ghana! We believe this crane will have started life as a hand operated railway crane similar to the one in the image below and as it was made in Leeds, England we are speculating that it was probably built by Thomas Smith & Company. What drew us to the crane was the moveable counterweight which is reminiscent of technology employed on modern crawler cranes built by Manitowoc. Hand cranes were in common use in the railway industry in the nineteenth century and as they predated the development of the modern slew bearing they needed a way to finely calibrate the balance between the load and the counterweight to avoid damaging the narrow kingpin that the superstructure rotated on.

The Variable Position Counterweight ™ employed by Manitowoc in their modern crawler crane range is designed to automatically position the counterweight to match the load eliminating the need for carbody counterweight. 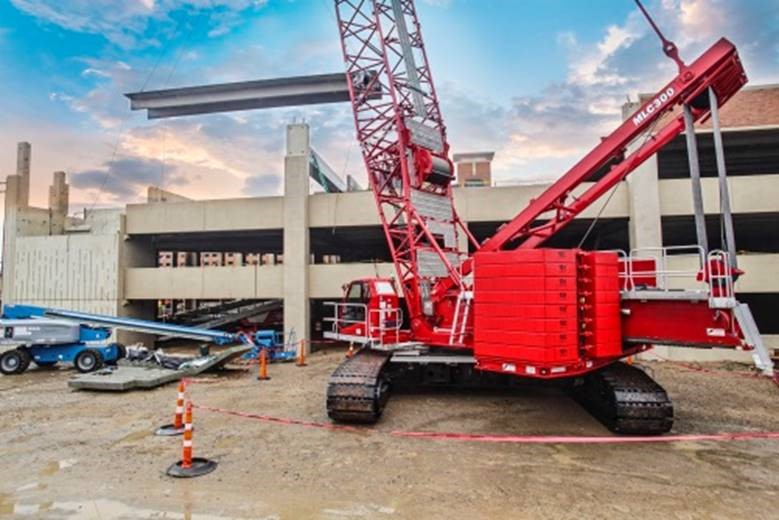