Messanvi was the first national employee from Paterson Simons Togo to be sent on a work mission outside the country, which was a success that paved the way for future work missions. Messanvi designed a program that has had an impressive improvement on operations, which allows operators, without needing the assistance of the technicians, to re-drop their misfitted containers. This has greatly increased productivity. ‘’We also found a solution to an intermittent failure, on a crane, that had been an issue for a long time, before our team was involved. This failure could not be solved by many specialists who tried and could not solve this issue, even the manufacturer’s technicians could not find the solution – I’m very proud that we solved this!’’

What motivates Messanvi outside of work is his family. Messanvi likes travelling, going to the countryside, visiting people from different cultures and football (Barcelona!). ‘’No organisation is perfect, but I can say that our collaboration at PSAL is excellent. It is thanks to the leadership of the management that we are where we are. We have received a lot in terms of training. I like working at Paterson Simons because of the dynamism of the employees, being from almost the same generation, the atmosphere is friendly, and your efforts are rightly rewarded by the management. I like my job because I like to solve problems and that’s what I’ve been doing since I joined PSAL. There are three things that make it possible to grow at Paterson Simons: 1st: Effort, 2nd: Effort, 3rd: Effort! One thing is for sure, I have not finished my progression at Paterson Simons.’’ – Messanvi Guedou 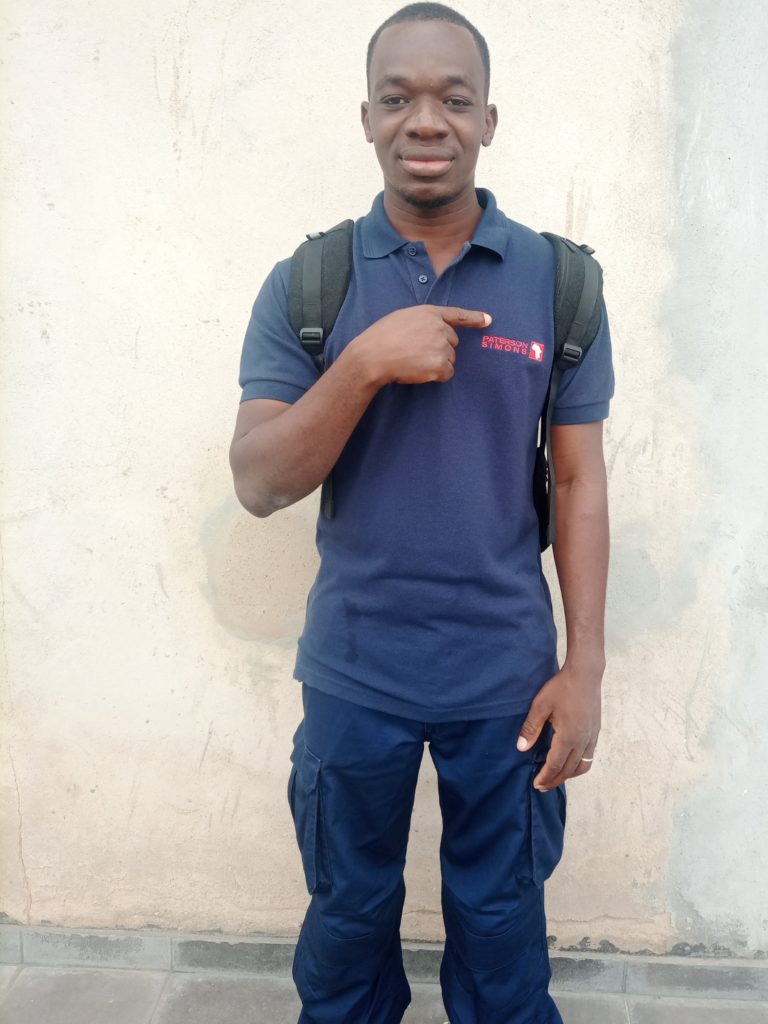