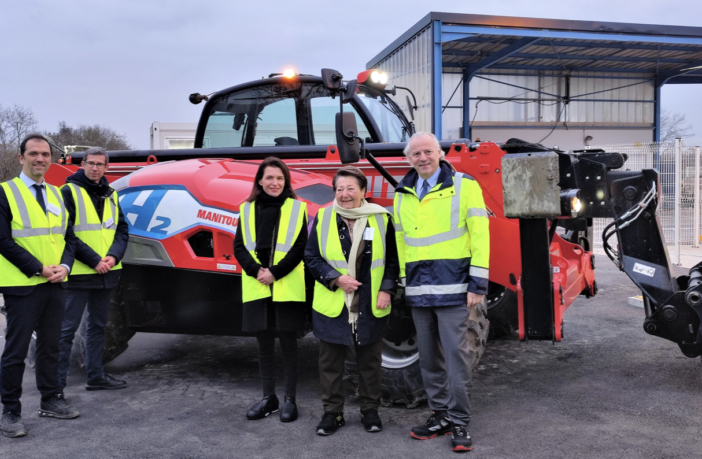 Manitou Group, a reference in the handling, aerial work platform and earth moving sectors, has presented its roadmap for research and development on hydrogen-powered machines, including the unveiling of its first prototype hydrogen fuel-cell telehandler

With a target of reducing greenhouse gas emissions by 34% per hour of use of its machines in 2030, Manitou Group has set off on an ambitious course, in line with the commitments of its low-carbon trajectory communicated in January 2022 and validated by the SBTi in July.

Following on from the recent electrification of its all-terrain platform and telehandler ranges, the Group is also looking to hydrogen as a medium-term alternative for its users. Manitou Group wants to see its electric and hydrogen ranges side by side depending on each user’s applications, with a target of 43% low-emissions products marketed in 2030.

Manitou Group has presented its new facilities for making its hydrogen development plan a success to journalists and elected representatives. By kitting its test centre out with a green hydrogen station, the Group now has the means for testing its brand new prototype telehandler.

This article originally appeared on: ivtinternational.com