At Paterson Simons we make it our business to monitor developments in emergent technologies in the industries we support. Automation is a hot topic and one that some customers can find intimidating. We thought that we would share our interest via the two case studies below.

In the two examples we see that automation is providing real-world productivity gains, as well as additional benefits such as reducing operator error and accidents.

It must be noted that both projects required serious budgetary and planning commitments, however the dividend is that components of them are now available separately in the form of technologies to assist operators. Paterson Simons now has many operator assistance aids available on the machines we sell into the West African market – available on new machines as well as retrofit options – including fuel saving devices, remote monitoring, anti-truck lift, stack profiling, and outrigger monitoring.

Rio Tinto, one of the world’s largest mining companies, has a fleet of almost 400 haulage trucks at its Pilbara mines in western Australia. 76 of them operate rigged with Autonomous Haulage Systems (AHS), another way of saying they are entirely driverless. 1, 200kms away the company’s Perth Operations Centre employs 400 people who monitor the Pilbara operations full time, where the autonomous fleet is operated by a supervisory system and a central controller. The technology uses pre-defined GPS courses to automatically navigate haul roads and intersections and knows actual locations, speeds and directions of all vehicles at all times. 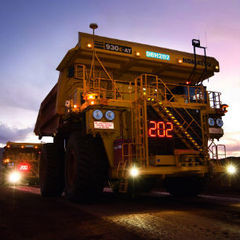 Rio Tinto started deploying autonomous technology in 2008, and in addition to the AHS trucks also operates six fully Autonomous Drill Systems (ADS) to drill production blast holes. Rio Tinto also ran its first fully autonomous heavy haul train in September 2017, completing a 100-kilometre pilot run without a driver on board. AutoHaul® is on track for completion by the end of 2018, making it the world’s first fully-autonomous heavy haul, long distance rail network. The company announced in December 2017 that it will increase its AHS fleet by 50% by 2019, with the fleet to increase by 30% this year.

Each of Rio Tinto’s autonomous haul trucks operated an additional 1000 hours and at 15% lower load and haul unit cost than conventional haul trucks.

The Pilbara mines are offering the world a glimpse of the future of mining. With other leading edge mines testing tele-remote ship loaders, automated rock breakers, semi-autonomous crushers and even the possibility now of mining the ocean floor, many pundits, academics and economists have begun to seriously consider the broader impact of automation on the sector, as well as on national economies – specifically in the developing countries whose GDP relies so heavily on the extractive industries for job creation.

Konecranes has recently launched a smart assistance system that can be retro-fitted onto its newer RTGs. The system is a complete solution, and requires no additional changes to yard infrastructure or surface.

The operator assistance package (suited only to RTGs with Active Load Control and Autosteering) comes with all required hardware and software, a remote operating station (ROS), a truck guidance system including intelligent gates and lights and a full process study of the yard. The IT architecture is designed to seamlessly interfaced with any TOS.

The operator assistance system comes with smart sensors that make variations in a range of yard conditions entirely manageable and are handled by the operator at the ROS. From differences in slope and surface of the runway to variations in container bay angles, stacking angles and heights, the system has a high degree of adaptation to almost any yard circumstance.

One of the best examples of the system is arguably Lamong Bay in Indonesia, opened in May, 2015.

The terminal is an important gateway to East Java, with many shipping routes, and belongs to the Pendulum of the Archipelago, a central government project that is interlinking six major Indonesian seaports to form a single main sea corridor in the country. 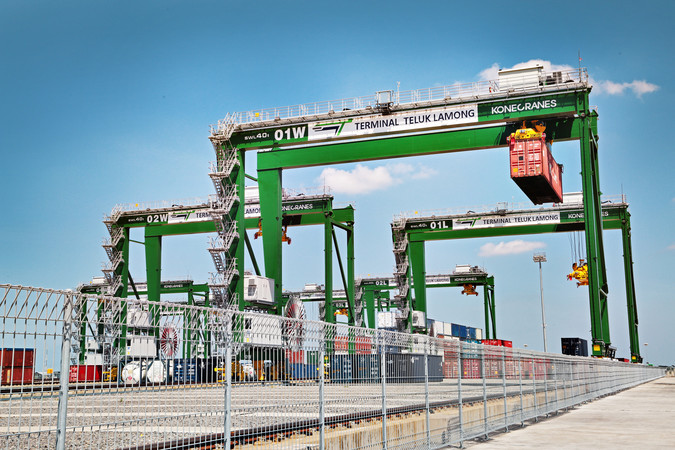 Konecreanes made many improvements to this particular application, with the company’s unique Active Load Control technology for the first time extended with an advanced machine vision system, which detects containers and container profiles with greater precision.

As the container approaches the target, the container profile becomes more accurate. The effects of dust, fog etc. are minimized. The system senses neighboring container stacks from the point of view of the load, and performs canyon driving. In this way, the automated container handling process becomes more precise and predictable.