Godwin Awadzi, senior crane engineer at our Heavy Lift Solutions (West Africa) division in Takoradi recently received a glowing commendation from our customer Sierra Rutile after a recent visit to the Port of Nitti in Sierra Leone to test their “Stiff-Leg” derrick crane.

“Godwin maintained a really positive ‘can-do’ attitude, which influenced those working with him accordingly. He willingly assisted and guided the team in often dirty, hot, unpleasant conditions to ensure that tasks were completed as soon as was reasonably possible, often working after normal working hours.”

Godwin also recently completed 20 years of service to the company, for which he received a long service award. One can only admire and congratulate Godwin for not only his dedication to the company but also to the principles of excellence. 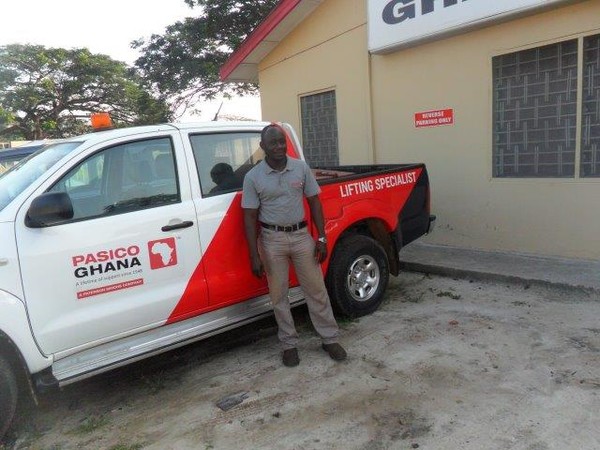 Mr Kwaku Okoh, MD of Pasico concludes, “This is not the first time that Godwin’s professionalism has elicited formal praise from our customers. We have come to rely on his cheerful demeanour to inspire his team and colleagues through difficult jobs. His approach to leadership and teamwork has shown a younger generation of engineers the rewards of a job well-done – and today many of our young engineers have the same attitude. We are very proud of Godwin’s achievements.”