A stunningly ambitious project was announced on Friday: Nigeria and Morocco are starting negotiations to extend a west African gas pipeline which aims to cover the length between the countries and on into Europe.

In a video posted on Twitter, Nigerian Foreign Minister Geoffrey Onyeama said that the pipeline would “go along the coast from West Africa – Nigeria – all the way up to Morocco and into Europe eventually”. 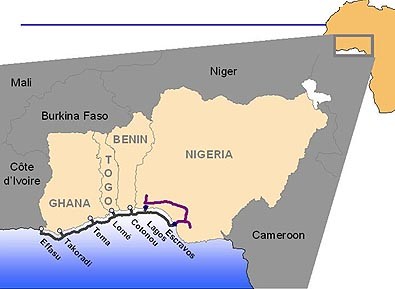 Currently the 675 km long gas pipeline links the oil rich southern provinces of Nigeria with regions on the coast such as Benin, Togo and Ghana.  It began in 2005, with deliveries starting five years later.

Onyeama’s comments came as Morocco’s King Mohammed VI completed a state visit to the country where he met with Nigerian President Muhammadu Buhari. Media reports claim the pipeline extension topped the agenda in the talks, and analysts predicting that the two countries would sign a memorandum of understanding shortly. The project is estimated at several billion dollars.

In May 2016 negotiations between Nigeria and Algeria on the construction of Trans-Saharan Gas Pipeline stalled amid security fears, as well as questions of funding.